The Importance of Being Earnest (2015)

The Importance of Being Earnest (2015) 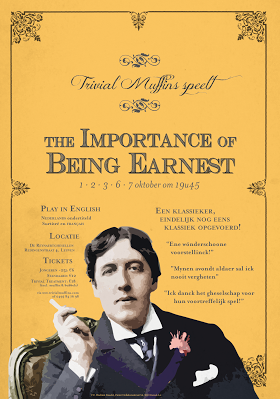 Two young bachelors, Jack and Algernon, want to gain the love of Gwendolen and Cecily. To win the heart of the ladies — but mainly to get away for a weekend — each man assumes an alias. But when their aliases end up a bit too similar, confusion, chaos, and comedy ensue. 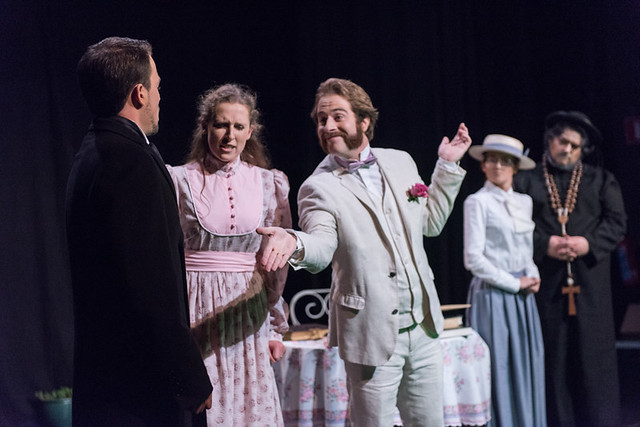 Algernon Moncrieff welcomes his best friend, John Worthing, whom he knows as Ernest. Ernest has come from the countryside to propose to Algernon’s cousin, Gwendolen Fairfax. Algernon, however, refuses his consent until Ernest explains an unlucky inscription on his cigarette case: “From little Cecily, with her fondest love to her dear Uncle Jack.” "Ernest" is forced to admit to living a double life.
In the country, he assumes a serious attitude for the benefit of his young ward, Cecily Cardew, and goes by the name of John, while pretending that he must worry about a wastrel younger brother, called Ernest, in London.
In the city, meanwhile, he assumes the identity of the Ernest.
Algernon confesses a similar deception: he pretends to have an invalid friend named Bunbury in the country, whom he can “visit” whenever he wishes to avoid an unwelcome social obligation.
Gwendolen and her formidable mother, Lady Bracknell, call on Algernon. The latter distracts Lady Bracknell, allowing Jack to propose to Gwendolen. She accepts, but seems to love him only for his name of Ernest.
Jack accordingly resolves to himself to be rechristened “Ernest”. Discovering the couple in intimate exchange, Lady Bracknell interviews Jack as a prospective suitor. Horrified to learn that he was adopted after being discovered as a baby in a handbag, she refuses him and forbids him further contact with her daughter.
Gwendolen, though, manages covertly to promise him her undying love. As Jack gives her his address in the country, Algernon notes it, as he wants to meet Jack’s pretty and wealthy young ward.

Cecily is studying with her governess, Miss Prism. Algernon arrives, pretending to be Ernest Worthing, and soon charms Cecily. Long fascinated by Uncle Jack’s hitherto absent “wicked” brother, she is predisposed to fall for Algernon in his role of Ernest (a name she, like Gwendolen, is apparently particularly fond of). Therefore, Algernon, too, plans for the local vicar, Dr. Chasuble, to rechristen him “Ernest”.
Jack, meanwhile, has decided to abandon his double life. He arrives in full mourning and announces his brother’s death in Paris of a severe chill, a story undermined by Algernon’s presence in the guise of Ernest.
Gwendolen enters, having run away from home. During the temporary absence of the two men, she meets Cecily, and each woman indignantly declares that she is the one engaged to “Ernest”. When Jack and Algernon reappear, their deceptions are exposed.

Lady Bracknell is astonished to be told that Algernon and Cecily are engaged. The revelation of Cecily’s trust fund soon dispels Lady Bracknell’s initial doubts over the young lady’s suitability, but any engagement is forbidden by her guardian Jack: he will consent only if Lady Bracknell agrees to his own union with Gwendolen — something she declines to do.
The impasse is broken by the return of Miss Prism, whom Lady Bracknell recognises as the person who, 28 years earlier, as a family nursemaid, had taken a baby boy for a walk in a perambulator and never returned.
Challenged, Miss Prism explains that she had absentmindedly put the manuscript of a novel she was writing in the perambulator, and the baby in a handbag, which she had left at Victoria Station.
Jack produces the very same handbag, showing that he is the lost baby, the elder son of Lady Bracknell’s late sister, and thus Algernon’s elder brother.
Having acquired such respectable relations, he is acceptable as a suitor for Gwendolen after all.
Gwendolen, though, still insists that she can only love a man named Ernest. What is her fiancé’s real first name? Jack discovers that his father’s name — and hence his own real name — was, in fact, Ernest. Pretence was reality all along.