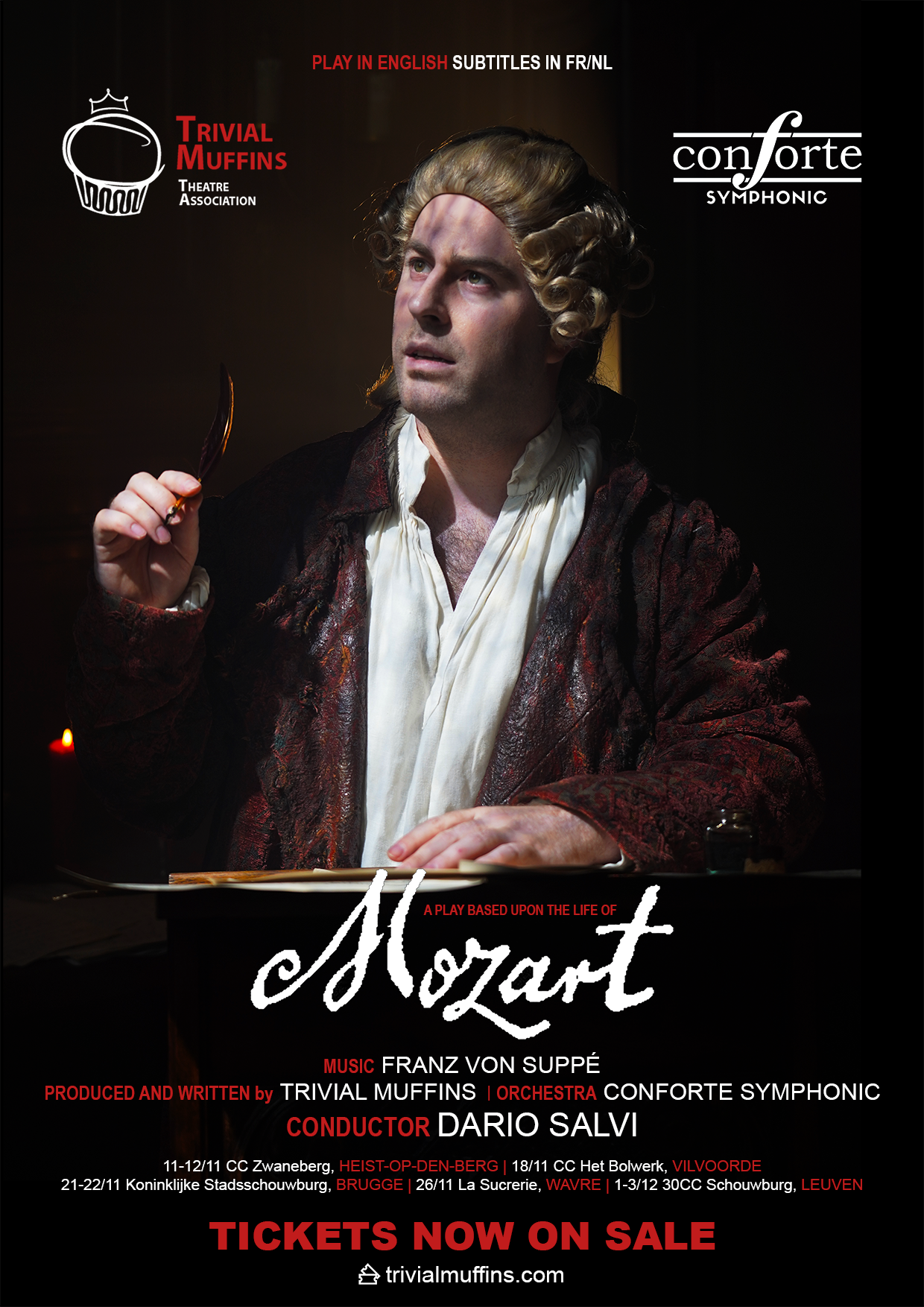 The life of the 18th century musician Wolfgang Amadeus Mozart fascinates many people. It is therefore not surprising that in the 19th century, a theatre play was written about the life of the great master. Franz von Suppé wrote music for it, based on the works of Mozart. In the 21st century, Dario Salvi, an Italian-Scottish conductor, found this play in library archives and asked Trivial Muffins to bring it back to life. They enthusiastically started to make this piece historically accurate and exciting.

The play begins in Salzburg in 1777. Mozart gradually becomes better known to the public and enjoys the attention. Together with his father, Mozart works for Prince Archbishop Colloredo. This provides the Mozart family with a steady and reliable income. Mozart himself, however, is not very happy with this work and makes this very clear.

After some wanderings, Mozart ends up in Vienna, without his parents. Here he meets the love of his life. But even that path wasn’t without obstacles. Afterall happiness seems to be smiling at Mozart, until his father, who is also his best friend, dies.

Romance, drama, and humour are certainly present in Mozart's life. All this is accompanied by music from Suppé with well-known melodies by the master himself, played by ConForte Symphonic, conducted by Dario Salvi.