brought to you by the Trivial Muffins Bakery

In 2017, the Stadsschouwburg (city theatre) of Leuven celebrated its 150th anniversary with a grand feast! The first ever performance in this magnificent building was none other than William Shakespeare's Romeo and Juliet, which was performed in French back then. For the anniversary celebration, 30CC organised a 24-hour marathon of the famous balcony scene. No fewer than 96 different versions were on display, by amateurs and professionals alike, each putting their own spin on the scene in a 15-minute performance.

How did English sound 500 years ago, in the time of William Shakespeare? In a scene directed by Tyler Dickinson, starring Ivana Vranjes (Juliet) and Jeffrey Vansuyt (Romeo), and with the guidance of Ben Crystal (Shakespeare's Globe, Passion in Practice, Shakespeare on Toast: Getting a Taste for the Bard), Trivial Muffins kicked off the Stadsschouwburg's celebration and introduced Leuven to the magnificence of 'Original Pronunciation' in a unique performance of the balcony scene. 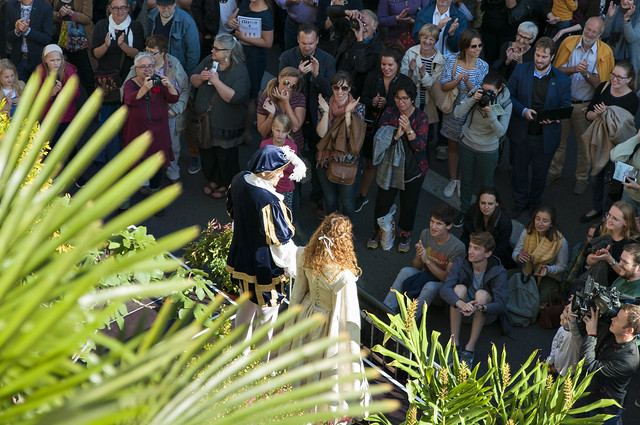 In a stunning conclusion to the programme, Hadrien Baudot (Roméo) and Kristien Nijs (Juliette), supported by the newly-formed Trivial Muffins Orchestra under the direction of the extremely talented Stijn Paredis, presented excerpts from the opera by Charles Gounod, which, not coincidentally, was the very version to famously open the Stadsschouwburg in 1867. 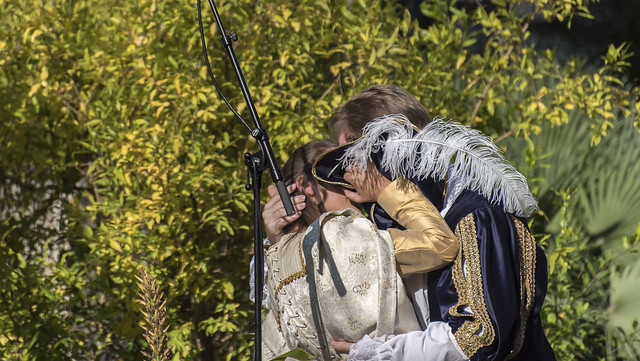